Tuisolo Wills Himself to Success 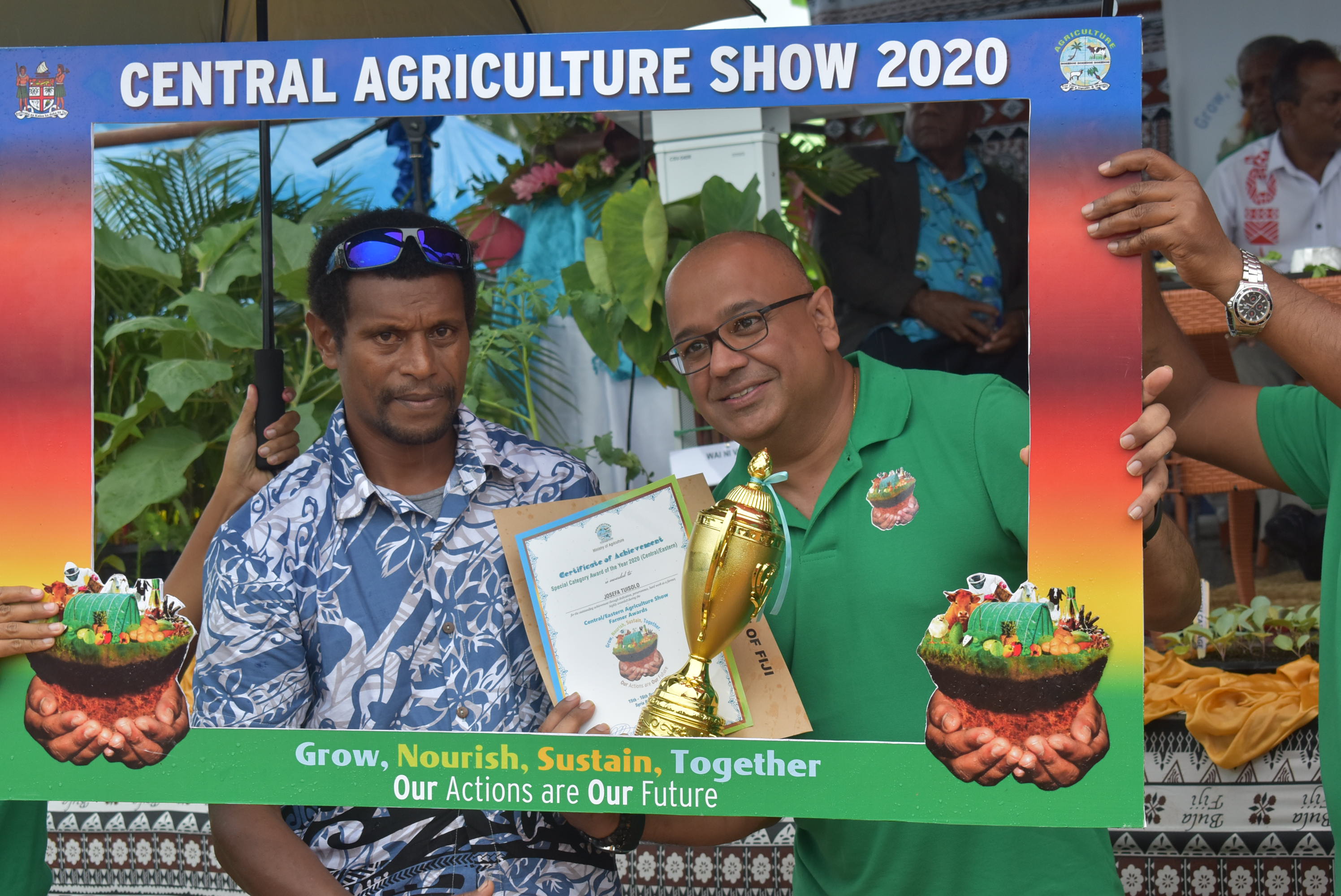 The province of Rewa is synonymous with wet weather and is labeled in iTaukei as ‘na vanua ni veidabibi’ (muddy place) with a majority of its landscape being categorized as wetland.

With an abundance of waterways and a healthy rainfall, Rewa province is not lacking in rain and water and this poses a unique challenge to farmers because too much of a good thing can be bad.

For 46-year-old Josefa Tuisolo of Naqarani Village in Rewa, this challenge spurred him on as he thrived where opportunities for farming weren’t abound.

Surely enough, where there is a will, there is a way and Mr. Tuisolo’s strength of character and willpower was his driving force throughout his farming exploits. Despite the geographical conditions of his province, he used it instead to set the foundations for his farm.

He defied the odds and farmed on his 10-acre farmland by employing the Tuatua Concept.

Soil is dug and grouped in an elevated area making it higher than its surrounding and then used for farming. In this way, water remains below and planting can proceed.

Establishing his farm in 2013, the Naqarani native developed his farm with grit and determination all the while being cautious of his surrounding environment.

“If things could grow in impossible places around the world, for sure it can also grow here in the Rewa delta and determination is all that’s required,” he said.

“I decided to make a difference and create an impact in what I know can bring about changes to those around me.”

With this, Josefa conceptualized and implemented his farming plans at the Vunikoqo farm and he never gave up with each obstacle he encountered.

“To start off, we planted 15,000 plus dalo suckers and because of the condition of the place all of it was ruined and although we were disheartened, we didn’t give up,” he said.

“Because money is needed to run a farm, and since we were newly established, I left Suva for Kokomo Island Resort to earn farm money,” said Josefa.

“With farming still in my mind, I returned to Naqarani and this time I also came with the idea of using the Tuatua concept and to date, we’ve excelled using this method,” he said.

Josefa decided to dig in his heels and pour his blood, sweat and tears into accomplishing his farming goals as he regaled his farms inception; “There was also salt water intrusion. This was amongst the many obstacles we faced while establishing our farm,” he said.

“It is also the reason why most of the crops do not grow well and are lost every year because they are becoming too wet and salty to grow and the ones growing tend to wither on hot sunny days,” he said.

“When we implemented the Tuatua concept, apart from planting crops only, we also thought of another tactic to adapt to the saltwater intrusion,” he said.

“In the dug drains, we let tilapia feed and breed and on the side we did some conservation practices next to the fields.”

“Proper irrigation is also vital so farmers can remove excess salt from the soils through irrigation.”

This farming system has seen him through many harvests and has goaded him to continue being an agent of change in an area that was once thought not viable for commercial farming development.

“We planted dalo, cassava, duruka, plantain and vegetables on the piece of land and we even trialed rice and watermelon which succeeded,” he said.

“Although a lot are damaged and we do not harvest the planned amount, we are grateful that we are able to produce something, make use of the land and defy the odds by rebutting the perception for which this place is known for,” said Josefa.

Josefa with a heart of gold has brought family members who are experiencing family or personal problems to help and live on the farm.

“I want to help them find their purpose in life and through farming they will find their true worth and be able to stand on their own feet,” he said.

Together with his four casual and one permanent laborer who assists in the sales of the crops at his stalls in the Suva Market, Josefa is determined to achieve more in the future.

“We will not end here we will continue, the more we fall the greater we stand and continue from what we have learnt.”

Through his farm development, Josefa has built a two-storey house and moved out from the lean-to farmhouse he started with. He has also bought a second hand twin cab worth $25,000.00 through the Fiji Development Bank and a two-panel solar system worth $8,000.00.

His wisdom and passion to excel in agriculture has led to his recognition as he was awarded the Special Category Award for his hard-work during the 2020 Central/Eastern Agriculture Show held last month at Syria Park in Nausori.