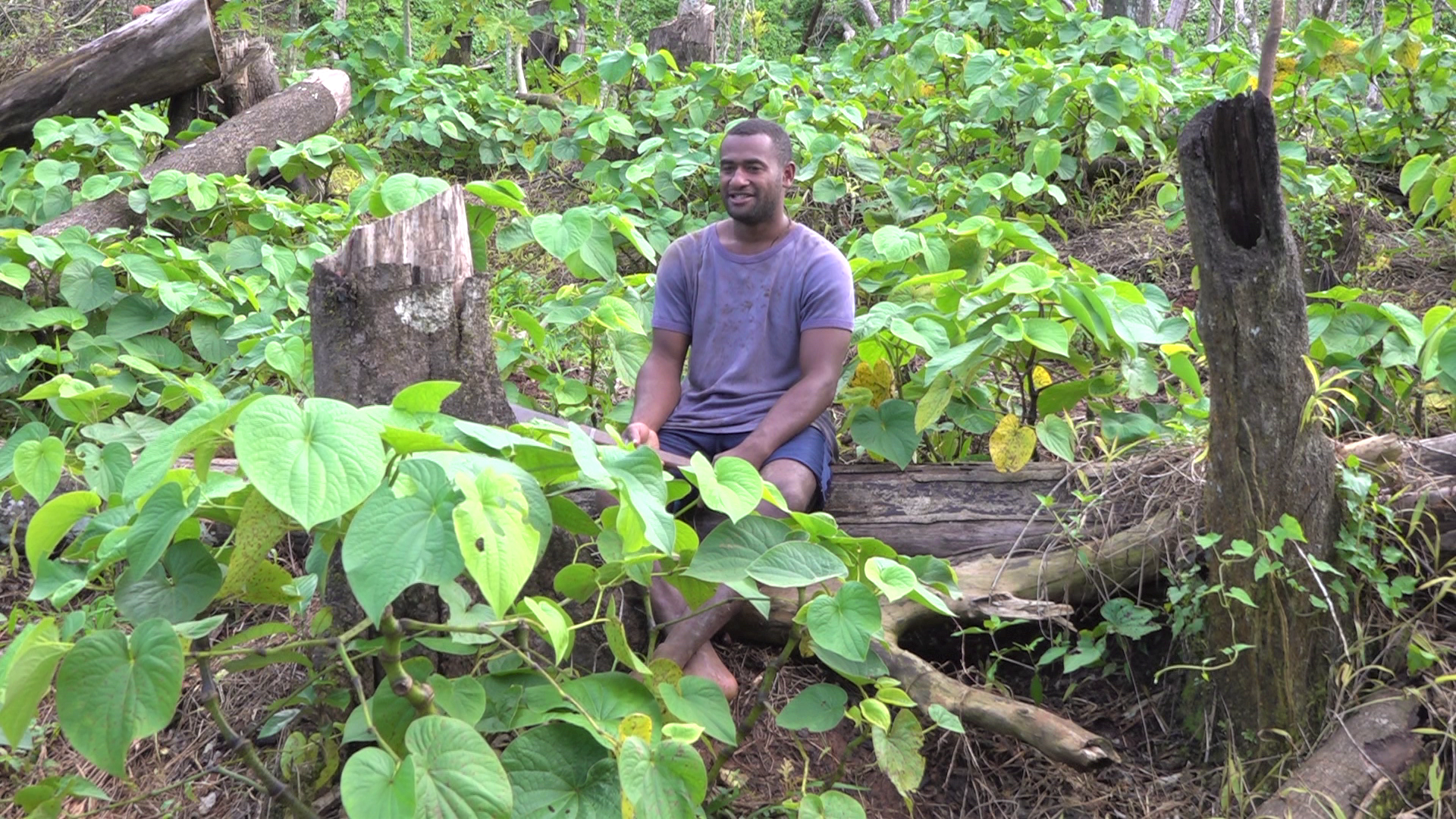 Perched on the edge of a dark pristine forest in Wainikavika settlement in Namosi is the Yaqona farm of a young man who dreamt one day of earning his wings and flying high as a pilot over his province.

But this was all shattered when his father brought him out of school and showed him the knife and fork and pointed to the land.

23-year-old Semi Taukeinibure reminisced of the dreadful months of his informative years when his 48-year-old father Aporosa Vucago turned up in school to bring him home.

“When my father came and told me to return home and to farm, I cried and didn’t want to listen to him, I begged for him to change his mind but he was stern in his decision,” he said.

“The months after that were painful moments, I kept thinking of my dreams and my colorful exam results that I sometimes despised the idea of farming.”

“Over time and continuous explanation from my father I began to accept the reality of things and managed to see what he was trying to do for me,” he said with a smile.

Originally from Nariyawa Village, which is further up Namosi, the farming family moved down to establish the Wainikavika farm in 2013.

But prior to that movement, the family had always been engaged in vegetable and dalo farming in the village.

“My parents started off with vegetable farming when I was in school and everything we wanted was bought from selling the vegetables and dalo we planted”.

“We then leased 160 acres land to further develop our farm and this was also where my passion for farming started,” Mr Taukeinibure said.

They continued planting vegetables until three years ago when his dad made the decision to switch to yaqona farming.

The yaqona cuttings were brought from their maternal village of Wainimakutu.

The family extended their crop farm to include livestock, purchasing 30 cows to rear.

“Although the distance to reach the farm is quite far, the fact that the land is very fertile due to favorable weather conditions compensates for the long walk,” he said.

To date, the family has approximately 30,000 yaqona plants in the ground, varying from one to three years in age, which meant harvesting occurred regularly.

“Farming has allowed us to achieve things that otherwise would take years to achieve,” he said.

“Although walking far and trekking through the woods, working under the hot sun can be tiresome, on the other hand it is also relaxing in terms of working at your own pace without anyone monitoring you,” he said.

Mr. Taukeinibure said they did not worry about their food because the farm provided healthy and fresh meals.

To save time and energy, a farm house was built.

“The farm-house is our home for the weeks and days spent on the farm, then we go down to the family house on other days, it saves time,” he said.

Semi expanded his farming knowledge and gained more experience when he travelled as a seasonal worker in 2017 to New Zealand.

“My eyes and mind was opened to the huge potential in farming when I watched the different techniques.

“I started having all sorts of ideas on how to manage our farm,” he said.

He said the best time to farm was when one was still in their youth with all the strength and energy of that age group where one could easily master farming techniques and with practice, find better ways.

Although the family has moved from the village, they continue to undertake their communal obligations which sometimes they did in exchange for livestock or yaqona.

Because Mr. Taukeinibure’s plan is to expand his yaqona farm he does not sell yaqona cuttings.

He sometimes recalls the wisdom of his father’s actions and reasons to pull him out of school that made him mad with anger and hurt him for a long time.

“Looking back, I do not regret what my father did.

“I am now earning what would have taken a few years to do after graduating. I am happy that even though I am not flying a plane, at least I am riding a horse that takes me to an immediate and stable income and employment.”