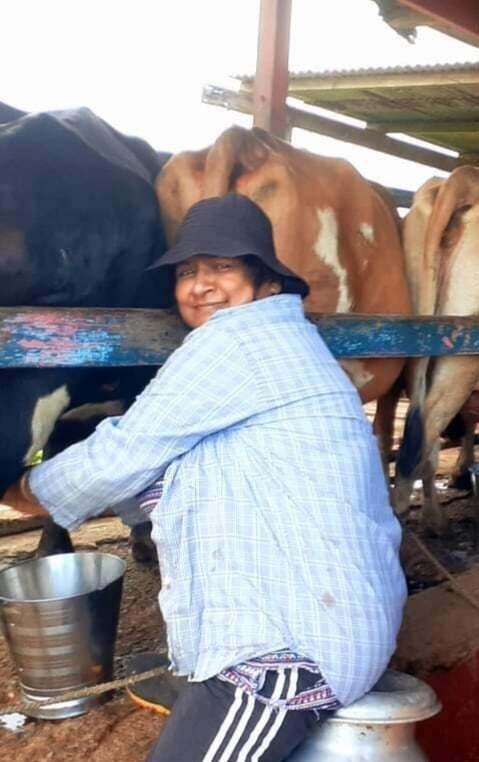 Reducing Fiji’s dairy import bill is one of the key focuses of the Ministry of Agriculture’s Dairy Industry Support programme.

“There is definitely an interest in this programme that will benefit farmers in providing a market that will provide a consistent income,” he said.

Maneta Lakhan, 55, a widow and dairy farmer of Waidalice, Tailevu is one such successful recipient of the programme.

Despite the Dairy sector been a male-dominated industry, Maneta has fought the odds, heavy as they were, to show that she was just as good as her male counterparts.

Since taking over the dairy farm from her husband who passed away in 2014, Maneta has vigorously labored on the business that began from her father-in-law, passed to her husband, and now to her.

It has been a slow but grilling climb towards becoming a successful semi-commercial dairy farmer but putting in the hard yards was not new to her.

“When I took over the farm, there were 16 milking cows at that time. It was very hard for me in the beginning. But I had to do it, there was no one else,” she vividly recalls.

Her farm produces 120 litres of milk on a daily basis and Maneta plans to increase milk production to 200 litres by next year.

Her farm is spread over 120 acres of land where she also raises goats, chicken and plants dalo as well.

Maneta acknowledged the assistance provided by the Ministry of Agriculture that helped expand her dairy farm.

She was provided fencing materials that allowed her to divide her paddocks to separate her livestock from their feeding area, as well as building materials to construct her milking shed.

“Agriculture also have me Juncao grass and other grasses to plant to help with the feed for the cows,” she explained.

In commemorating International Women’s Day, Maneta’s advice to women was short and simple.

“Women can do anything, if I can run a dairy farm, why can’t others?”