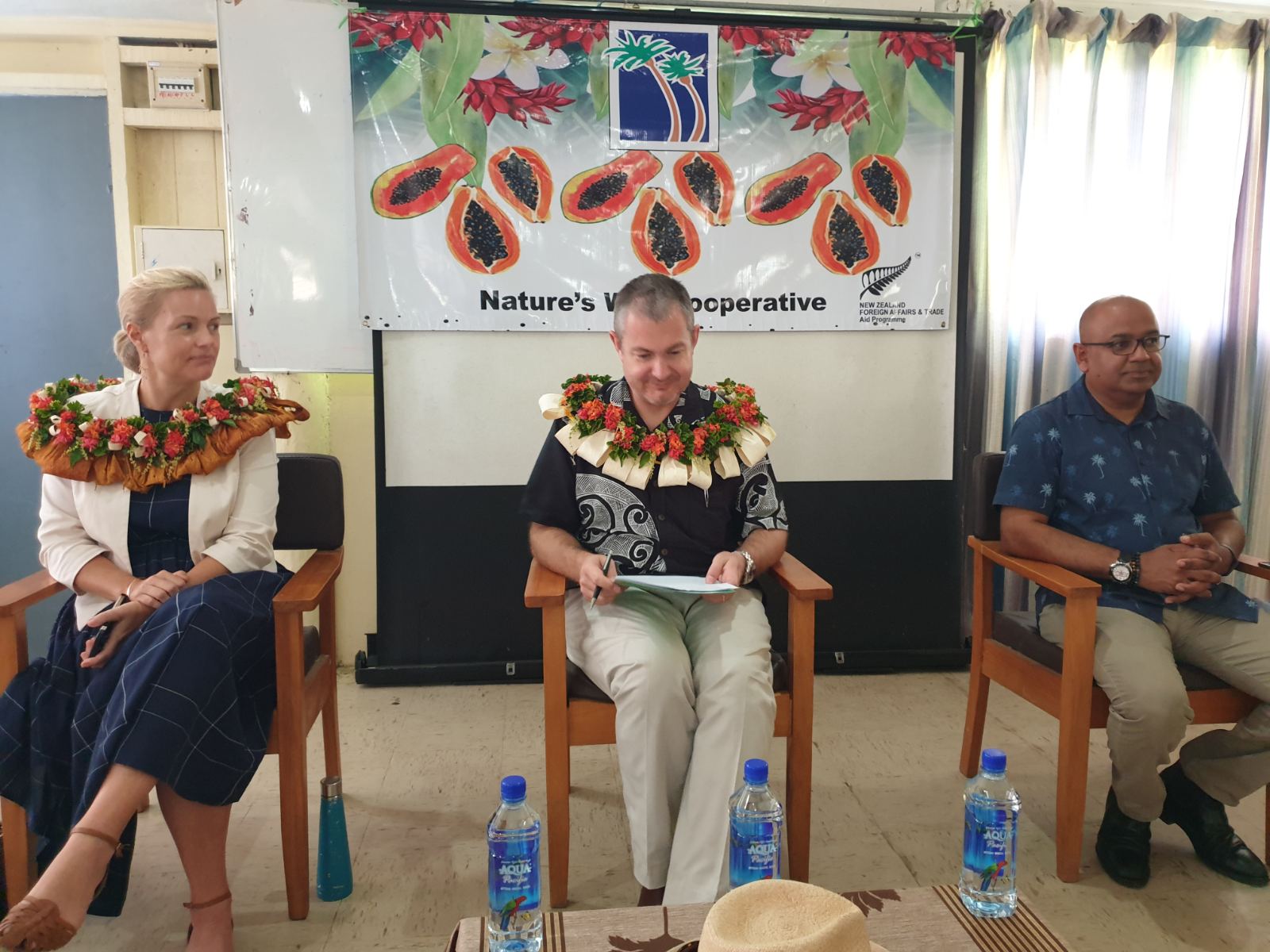 250 farmers from Sigatoka who were affected by TC Harold earlier this year have recently benefited from the distribution of seedling packages donated by New Zealand’s Ministry of Foreign Affairs & Trade (MFAT).

The seedling package assistance was made possible through the support of the New Zealand government in collaboration with Nature’s Way Cooperative (Fiji) Ltd, targeted towards further rehabilitating affected farmers.

The handing over was held at the Ministry of Agriculture’s Nacocolevu Research Station in Sigatoka on Thursday (05.11.20) and was handed over by New Zealand’s High Commissioner to Fiji, His Excellency Mr. Jonathan Curr to Permanent Secretary for Agriculture, Mr. Ritesh Dass.

While acknowledging the New Zealand government’s support through this seedling assistance, PS Dass said the contribution would go a long way towards achieving some of the Ministry’s priority initiatives geared toward securing sustainable food and nutrition for all Fijians.

Following TC Harold, the Fijian Government estimated the total cost of damage at around $100million.

The Agriculture Sector alone recorded total damages of more than $28million, and 90 percent of this amount was damages to crops. A total of 3,341 hectares of crop land were devastated with approximately 1,986 livestock farms being affected, inclusive of livestock loss.

“This significant loss not only impacts food security but the overall livelihood of farmers who depend on it,” PS Dass remarked.

“In response to the current pandemic and TC Harold, the Ministry has considered two key strategies that will ensure agriculture sector expansion and growth. This plan will enable Fiji’s Agriculture Sector to meet its demand as the backbone of Fiji’s economy,” he said.

“The importance of agriculture for food and income security has never been critical than it is now. This is exemplified in these trying times in light of COVID-19. Agriculture has been the mainstay of our economy and will continue to do so in the unforeseeable future,” said Mr. Dass.